There are so many natural compounds that are incredibly good for us. Many of them are the foundations for the medications we use. Perhaps if we used them in a more preventive way, we wouldn’t need so many medications. One of these miracle substances is the herb Turmeric Curcumin.

What Is Turmeric Curcumin

Tumeric is a spice. It is the spice that gives curry its yellow color. It is very

popular in India where it is also used for medicinal purposes because it has many benefits for the body and brain.

The Benefits of Turmeric Curcumin

So what are the health benefits of turmeric curcumin? For starters, curcumin contains compounds that have medicinal properties called curcuminoids, with the most important being curcumin. Curcumin is the main active ingredient in turmeric. It has powerful anti-inflammatory effects and is a very strong antioxidant. However, the curcumin content of turmeric is not that high. Most of the studies use turmeric extracts that contain mostly curcumin itself, with dosages usually exceeding 1 gram per day. It would be very difficult to reach these levels just using the turmeric spice in our foods. Therefore, in order to experience the full effects, a supplement that contains significant amounts of curcumin is needed.

Another consideration is curcumin is poorly absorbed into the bloodstream. Therefore, it helps to consume black pepper with it, which contains piperine, a natural substance that enhances the absorption of curcumin by significant measures.

It is a natural anti-inflammatory – Inflammation is a good thing. It helps our bodies fight off attacks from harmful raiders such as viruses and bacteria. But, too much of a good thing is a bad thing. Although acute, short-term inflammation is beneficial, it can become a major problem when it becomes chronic and attacks our body’s own tissues. Chronic, low-level inflammation plays a major role in almost every chronic disease. This includes heart disease, cancer, metabolic syndrome, Alzheimer’s and various degenerative conditions. Therefore, anything that can help fight chronic inflammation is of potential importance in preventing and even treating these diseases.

Curcumin is a strong anti-inflammatory. In fact, it’s so powerful that it 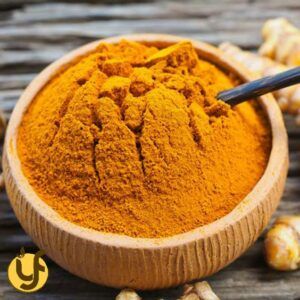 matches the effectiveness of some anti-inflammatory drugs, without the side effects which can also be harmful.

It is a strong antioxidant—Due to its chemical structure, curcumin is a potent antioxidant that can neutralize free radicals. Free radicals are the results of oxidative damage caused by free radicals, which is believed to be one of the causes of many diseases and aging. Curcumin boosts the activity of our body’s own antioxidant enzymes. It also blocks them directly.

It improves brain function and lowers the risk of brain diseases— many common brain disorders including depression and Alzheimer’s disease have been linked to decreased levels of a hormone. Interestingly, curcumin can increase brain levels of this hormone which increases the growth of new neurons. By doing this, it may be effective in delaying or even reversing many brain diseases and age-related decreases in brain function. It may also improve memory.

Lowers risk of heart disease—Heart disease is the leading cause of death in America. But Curcumin may help reverse the steps leading to heart disease. Perhaps the main benefit of curcumin when it comes to heart disease is improving the lining of blood vessels. It is a known fact that a breakdown of this lining is a major contributor to heart disease and involves an inability to regulate blood pressure, blood clotting and various other factors.

Several studies suggest that curcumin leads to improvements in the function of this lining. One study found that it’s as effective as exercise while another shows that it works as well as a statin used to control cholesterol.

Inflammation and oxidation, mentioned earlier, also play a role in heart disease. Curcumin, being the strong anti-inflammatory and antioxidant that it is, makes it a formidable soldier in the battle against heart disease.

Turmeric can help prevent cancer—Curcumin has been studied as a beneficial herb in cancer treatment and been found to affect cancer growth, development and spread at the molecular level. Studies have shown that it can contribute to the death of cancer cells and reduce growth of new blood vessels in tumors curtailing the spread of cancer.

Studies also indicate that curcumin can reduce the growth of cancer cells in the laboratory and inhibit the growth of tumors in test animals. Whether high-dose curcumin with an absorption enhancer like piperine can help treat cancer in humans has yet to be studied. However, there is evidence that it may prevent cancer from occurring in the first place, especially cancers of the digestive system like colorectal cancer. Prevention is better than cure! Perhaps curcumin will be used along with conventional cancer treatment one day. 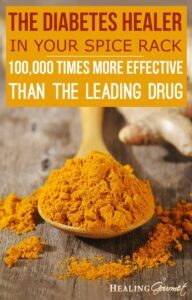 Turmeric’s active component, curcumin, is credited with many of the spice’s purported benefits.

It can help with diabetes—a 2013 reviewTrusted Source of studies suggests that curcumin can decrease the level of glucose in blood, as well as other diabetes-related complications. Researchers conjointly found that curcumin might have a role in diabetes hindrance. More clinical trials with humans are needed for a better understanding of curcumin and turmeric’s effects.

Other analysis  suggests that turmeric extract may facilitate the stabilization of blood glucose levels and cause diabetes to be more manageable.

Curcumin may prevent and treat Alzheimer’s disease—unfortunately, no good treatment is available for Alzheimer’s yet. Therefore, preventing it from occurring in the first place is of utmost importance. Curcumin has been shown to be effective both hematologically and neurologically, working on both sides of the brain-blood barrier .

It is known that inflammation and oxidative damage play a role in Alzheimer’s disease, and as mentioned earlier curcumin has beneficial effects on both.

In addition, a key feature of Alzheimer’s disease is a buildup of protein plaques. Studies show that curcumin can help clear these plaques

More studies are needed to determine whether curcumin can really slow down or even reverse the progression of Alzheimer’s disease in humans.

Curcumin has been shown to have benefits against depression— Depression is linked to reduced levels of a protein that promotes the survival of nerve cells and a shrinking hippocampus, an area of the brain where learning and memory take place. Curcumin boosts these levels, potentially reversing some of these changes

In a controlled trial, participants with depression were separated into three groups. One group took Prozac, another group one gram of curcumin and the third group both Prozac and curcumin. After six weeks, curcumin had led to improvements that were similar to Prozac. The group that took both Prozac and curcumin fared best. According to this small study, curcumin is as effective as an antidepressant.

There is also some evidence that curcumin can boost serotonin and dopamine. These are chemical messengers that regulate countless functions in our bodies, from sleep to metabolism. Boosting these can greatly improve overall body performance and quality of life.

Curcumin supplements works well on arthritis patients— Arthritis is a widespread problem in our country. There are several types, most of which involve inflammation in the joints. Given that curcumin is a potent anti-inflammatory compound, it makes sense that it may help with arthritis. Studies show this to be true.

In summary, Turmeric and especially its most active compound curcumin have many scientifically-proven health benefits, such as the potential to prevent heart disease, Alzheimer’s and cancer.

It’s a potent anti-inflammatory and antioxidant and may also help improve the quality of life from depression to arthritis.

Where to Buy Tumeric Curcumin

If you want to buy a turmeric/curcumin supplement, it’s recommended to find a product with BioPerine (the trademarked name for piperine), which enhances curcumin absorption by 2,000%. Without this substance, most of the curcumin just passes through your digestive tract.

Click this link for an outstanding deal on this product!

Please feel free to leave any question, comment or concern below

6 thoughts on “What Are the Health Benefits of Turmeric Curcumin”