What is the sLR11 protein

The sLR11 protein is a protein that actually stops individuals from losing weight.  It is produced by a gene and is part of the system in the body that helps it to store more energy.  This protein locks excess fat in our bodies, preventing it from being burned off easily.

How does sLR11 function

A majority  of the fat cells in our bodies work to store excess energy and release it when needed but some types of fat cells, known as brown adipocytes (brown cells), function primarily for a process known as thermogenesis, which generates heat to keep us warm. This process converts stored fat into energy.

However, a study by an international team of researchers at the University of Cambridge, UK, and Toho University, Japan, have shown that sLR11 performs to suppress this process.

The researchers were able to show that sLR11 binds to specific receptors on fat cells.  It’s similar to the same way that a key fits into a lock to inhibit their ability to activate thermogenesis.  In effect, sLR11 acts as a sign to extend the efficiency of fat to store energy and prevents excessive energy loss through unrestricted thermogenesis.

The researchers drew this conclusion once they investigated why mice that lacked the gene that produced this protein much more immune to weight gain.  All mice and humans for that matter increase their metabolic rate slightly when switched from a lower calorie diet to a higher calorie diet.  However, mice that were lacking the gene responded with a much greater increase, in effect they were able to burn calories faster.

When the levels of sLR11  were examined in humans, they found that levels of the protein circulating in the blood correlated with total fat mass.  That is to say that the greater the levels of the protein, the higher the total fat mass.  Additionally, when obese patients underwent bariatric surgery, the degree of postoperative weight loss was directly relative to the reduction in their sLR11 levels, which suggests that sLR11 is produced by fat cells.

The observation is, the more fat the more sLR which suppresse the burning of that fat allowing more fat to accumulate leading to weight gain and eventually obesity.

There is a growing awareness in taking on thermogenesis with drugs for the treatment of obesity, diabetes and other associated conditions such as heart disease. That is because it offers a 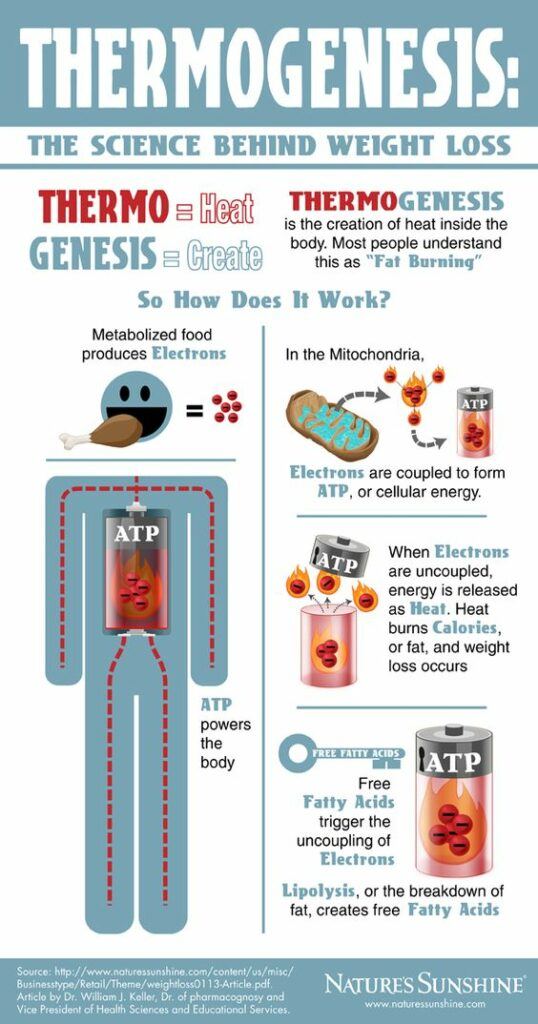 These results cast light on one of the mechanisms that the body utilizes to hold onto stored energy, where sLR11 levels increase in proportion to the quantity of stored fat and act to prevent it being used for thermogenesis.

This discovery may help explain why overweight persons find it extremely difficult to lose weight.  Because the stored fat is actually fighting against their efforts to burn it off at the molecular level.

So the hope is that harnessing and utilizing brown fat cells can be effective in treating obesity and aiding in weight loss in general.  However an effective medicine to treat obesity, which safely manages weight loss, is still some time off.  But these findings can be used to inform the development of future treatments.

While there isn’t an effective medicine in treating obesity there is an all natural supplement that is effective with weight loss by naturally increasing the body’s metabolism by stimulating thermogenesis. For more information click here

We generally tend to lump fat into a single category as it is known as the substance that makes the stomach wobble and raises the risk of diabetes and heart disease.  But not all fat is created equal.  For quite some time, scientists have known that fat tissue comes in at least two different shades.  White fat, which most of us are familiar with, harnesses energy in big, oily droplets throughout the body.  In large quantities, it leads to obesity. Excess white fat around the midsection may also create a higher risk of heart disease, diabetes, and other diseases.

Brown fat, on the other hand, contains both smaller droplets and high amounts of mitochondria (the energy source of a cell), which lend the tissue its chestnut color.  Mitochondria, the body’s power plants, use these fatty droplets to generate heat.  This tissue helps newborn infants, that lack the insulation provided by body hair and haven’t learned how to shiver, regulate their body temperature.  When brown fat burns, it creates heat without shivering. This process is called thermogenesis. During this process, the brown fat also burns calories. Brown fat is highly regarded as a possible treatment for obesity and some metabolic syndromes.

Both of these fats are called adipose tissue, which is a term for loose connective tissue composed of adipocytes (cells for fat storage).  Its main role is to store energy within the structure of fat, although it also cushions and insulates the body.

At one time, scientists thought that all brown fat fade away by adulthood.  But, new research in 2009, provided by the New England Journal of Medicine revealed that grown-ups can produce brown fat, too.  Presently, scientists are investigating new ways to bind the yellowish-brown tissue for therapeutic purposes because of its potential to turn fat into energy.

Brown fat in a way is good fat in that humans with higher levels of brown fat may have lower body weights.

All individuals have some brown fat, which is the kind we’re born with. There’s also another form that’s recruitable meaning it can change to brown fat under the correct circumstances. This recruitable type is found in muscles and white fat throughout the body.

There are certain drugs which will cause the browning of white fat. Thiazolidinediones (TZDs), a drug used to help manage insulin resistance, can assist with brown fat accumulation.

However, this drug is also associated with weight gain, fluid retention, and other side effects. So, it cannot be used as a quick fix for individuals looking to gain more brown fat.

Lowering body temperature – Some studies indicate that exposure to cold temperatures can prompt the body to recruit more brown fat cells.  This is most likely tied to the thought that drinking cold water prompts the body to burn calories as it is heating it to body temperature.  For more information on burning calories, click this link.

Continuing along that thought, exposing the body to cool and even cold temperatures may help recruit more brown fat cells. Some research has suggested that just two hours of exposure each day to temperatures around 66˚F (19˚C) may be enough to turn recruitable fat to brown.

An individual may consider taking a cold shower or ice bath. Also, turning the thermostat down a few degrees in the home or going outside in cold weather are other ways to cool the body and possibly create more brown fat.

Researchers uncovered that individuals who are sedentary produce far less Irisin compared to those who exercise often. Particularly, levels are increased when people do more intense aerobic interval training.

Exercise is strongly suggested by doctors to fight obesity and keep the cardiovascular system running strong. Current physical activity guidelines for adults include doing one among the below activities every week:

There’s not enough research to understand with certainty if exercise creates more brown fat. But exercise has so many health benefits that it should be done anyway.

It’s better overall to find a natural solution to health issues when possible. Supplementation can be natural also. There is a natural supplement for women (one for men will be available shortly) named Trimtone that contain all natural ingredients which stimulates thermogenesis. For more information CLICK HERE

Additional studies probe how brown fat can be leveraged to combat diabetes and obesity.  These studies has shown that brown fat burns calories and may help control blood sugar and improve insulin levels, decreasing the risk for type 2 diabetes. It may also help with removing fats from the blood, decreasing the risk for hyperlipidemia. Other studies show promise for brown fat’s role in treating obesity.

However, at the end of the day, more research is needed on humans to see how brown fat might help treat these conditions.  Stay tuned!

Please leave any question, comment or concern below.  It will be welcomed!

14 thoughts on “All About the sLR11 Protein”