We have already published an article on the original covid19 virus. However, as the COVID-19 pandemic persists globally, public health officials are watching specific coronavirus mutations and variants that can be more contagious or deadly than the original strain. Viruses continually modify themselves to adapt and survive, and variants emerge when a subspecies has one or more mutations that differ from others. As a result of these mutations, we face a more infectious virus named the Delta Variant. Why is it more infectious? The article is all about the Delta Variant.

The CDC and World Health Organization (WHO) observe these variations to ascertain if the transmission can lead to a surge in COVID-19 cases and deaths and whether current vaccines can provide protection. The U.S. classifies them and places them in one of three categories. They are either a “variant of interest,” which can lead to outbreaks but isn’t widespread in the country, a “variant of concern,” which exhibits evidence of amplified transmission and more acute disease, or a “variant of high consequence,” which causes vaccines and treatments severely less likely to work well.

As of this writing, the United States has not classified any coronavirus variants as “high consequence,” however, many strains have been categorized as “variants of concern” that require them to be followed closely. In particular, the Delta variant has attracted focused attention recently due to a sharp increase in COVID-19 cases in several countries, including the United States.

What is the Delta Variant?

The Delta variant was first recognized in India in December 2020 and contributed to significant outbreaks in the country. It has spread rapidly and is presently reported in 104 countries, according to the CDC.

As of early July, the Delta variant has become the main form of the coronavirus in the U.S., U.K., Germany, and other countries. In the U.K., for example, the Delta variant at present involves more than 97% of new COVID-19 cases, in accordance with Public Health England.

According to the CDC, The Delta variant, otherwise known as B.1.617.2, can spread more quickly. The strain has changes on the spike protein that enable it to infect human cells easier. What that means is individuals can be more contagious if they contract the virus and spread it to others more effectively. It is now the predominant strain in the United States.

According TO YALE MEDICINE, health experts estimate that the average person who gets infected with Delta spreads it to three or four other people, compared with one or two other people through the original coronavirus strain. The Delta variant may also have the ability to rise above protection from vaccines and some COVID-19 treatments, though studies are nevertheless continuing.

What is the Delta plus Variant?

According to CBS News, the Delta Plus variant, otherwise known as B.1.617.2.1 or AY.1, is considered a “subvariant” of the Delta version. It has a mutation that allows the virus to attack lung cells more effectively and possibly escape vaccines.

Initially identified in India, the Delta Plus variant has now been established in the United States, the United Kingdom, and nearly a dozen other countries. India has categorized it as a variant of concern, but the CDC and WHO have not.

Is the Delta Variant More Deadly?

According to a recent study published in The Lancet, scientists are presently tracking the data to establish how lethal it is. Based on hospitalizations in the U.K., the Delta variant does appear to be increasingly likely to lead to hospitalization and death, predominantly among unvaccinated individuals.

To infect human cells, SARS-CoV-2 has to enter the body and attach to receptors on the exterior of cells. The virus, studded with mushroom- 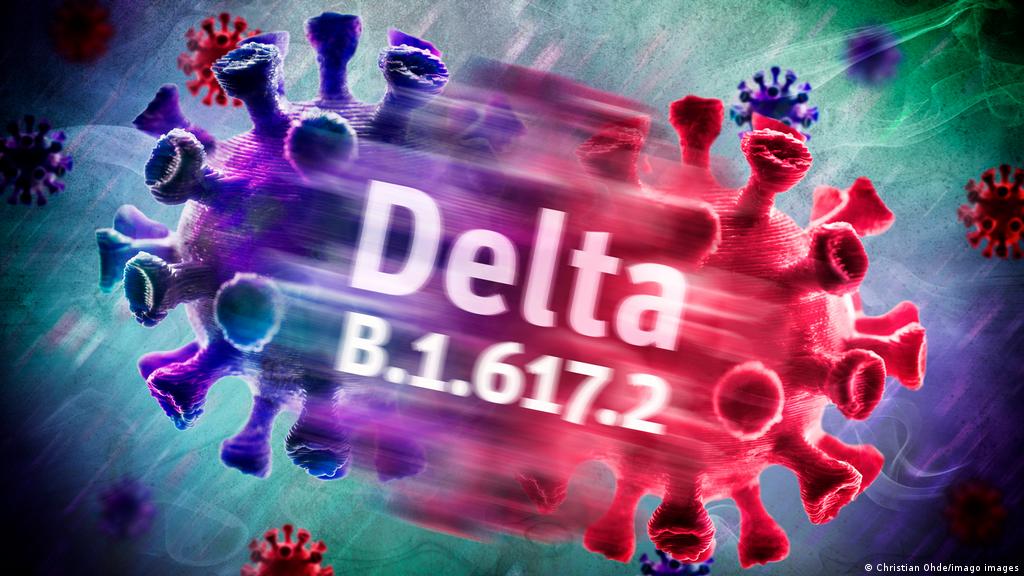 shaped spike proteins, latch onto a receptor called ACE2 on human cells. This receptor is found on many cell types and includes those that line the lungs. It is comparable to a key fitting into a lock.

Mutations that help the virus bind more tightly can make transmission from one person to another easier. When an individual breathes in a droplet containing the virus and that droplet holds viruses with better binding capabilities, they will also be capable of discovering and infecting one of their cells. Scientists have yet to know how many particles of SARS-CoV-2 have to be inhaled for one to become infected, but the bar to cross would most likely be lower for a virus that is better at grabbing onto ACE2 cells.

Researchers study binding in the lab by creating simulated viruses. These are lab-engineered viruses that cannot replicate. However, researchers can fine-tune them to express the spike protein on their surface. That allows them to perform test binding efficiently without the need to use a high-security laboratory. The researchers combine these simulated viruses with plastic beads covered with ACE2 cells and then work out how much of the virus sticks to the beads. The better the quantity of virus, the more efficient the virus is at binding. A Preprint Posted in May, shows that some of the mutations present in Delta do enhance binding.

However, improved binding not only lowers the bar for infection. Since the virus is better at grabbing ACE2 cells, it will additionally infect more cells inside the body. This factor causes the infected individual to have more of the virus in them, as the virus is duplicating more efficiently.

After the virus binds to an ACE2 cell, the next step is to fuse with the cell, which begins when enzymes from the host cell (a cell infected by a virus) cut the spike at two different sites. This action is a process known as cleavage. Cleavage sets in motion the fusion machinery. If binding is like the key fitting in the lock, cleavage is like the key turning the lock. The virus is unable to enter cells without cuts at both sites.

The good news is we have vaccinations that yield strong protection against the Delta variant. A recent study from Public Health England illustrates that the Pfizer-BioNTech vaccine was 88% effective in preventing symptomatic disease due to Delta in fully vaccinated people. The AstraZeneca vaccine provides slightly less protection. Two (2) shots were 60% effectual against the variant. However, the effectiveness of one (1) dose of either vaccine was much lower— just 33%.

to skip their second dose. The Biden Administration hoped to have 70% of the population at the least be partially vaccinated by the Fourth of July. In the United Kingdom, Delta quickly replaced the Alpha variant to become the dominant strain, and cases are now rising. Dr. Fauci issued a forewarning, “We cannot let that happen in the United States.”

It is best to be vaccinated to be protected against this variant and any possible future versions. The technology used in formulating the current vaccines is safe and effective. For more information on this technology, read the article, What is mRNA Technology on this website.

Any questions, comments, concerns, or experiences with the virus or vaccines may be left below. You will receive a response.

For more articles, logon to www.universal-health-products.com

Good Health is the best asset!!

4 thoughts on “All about the Delta Variant”