Statistics undoubtedly show that, on average, women survive longer than men. For example, in the United States, the average life span of women is five years longer than men. The number increases to seven years worldwide. So the question becomes, why do men die earlier than women? This article explores the answer to this question.

Table of Contents hide
1 The Gender Gap
2 Why Do Men Die Earlier Than Women?

The word gender is about social aspects of being a woman or a man, such as social stress, opportunity, and social expectations.

The ratio of men to women is generally equal in young adulthood. However, it begins to favor women over time.

This observation is interesting since women encounter elevated stress, additional persistent disease, more depression, and anxiety and are more likely to be victims of violence.

Women earn less income than men, and in many countries, they do not have the same human rights as men.

Yet, despite the social inequality women encounter, they live longer than men. This outcome is the case without a single exception in all countries.

For example, in the United States in 2015, female full-time workers made only 80 cents for every dollar earned by men, indicating a 20 percent gender wage gap. Yet, life expectancy for women in the US is 81.2 years compared to 76.4 for males.

Why Do Men Die Earlier Than Women?

Biology may be a contributing factor to this difference in life expectancy. Women have biological advantages that allow them to live longer.

On the other hand, testosterone increases blood levels of bad cholesterol and decreases levels of good cholesterol. This situation places men at higher threat of hypertension, heart disease, and stroke.

For instance, women have more arthritis, which is not fatal, even though disabling. On the contrary, men are at a higher risk of chronic diseases that are leading causes of death. Heart disease generally starts ten (10) years earlier in men than women.

Women are more health-conscious about their health. Research has shown that, as a general rule, women are more health-conscious, and they have a higher awareness of their physical and mental symptoms. The consequence of this consciousness is healthier lifestyles and better health care use. Women additionally communicate better about their problems, which aids the course of diagnosis.

Men are less supportive of treatment and generally delay the initiation of treatment of any kind. These issues collectively affect men to be susceptible to therapeutic breakdowns.

According to the Agency for Healthcare Research and Quality, men are far more prone to neglect routine health screens and far less likely than women to have visited a doctor of any kind during the previous year.

A large number of men define unhealthy and risky behaviors as masculine, while they see health care use and health-promoting behaviors as feminine. Masculinity is a socially learned conception, and it can have detrimental effects.

Risky behavior and sensation-seeking add to the risk. Testosterone puts men at risk biologically, and it additionally puts men at risk behaviorally. It increases aggressiveness and, in a cascading effect, results in higher death

On the other hand, women systematically overestimate any type of risk, while men always underestimate it. This precedent has been detected regardless of the context. These include examples ranging from crossing a road to the perception of risk of a volcano, smoking, or a terrorist attack. With pedestrians, males breach more rules than females. With drivers, men more commonly breach the rules. 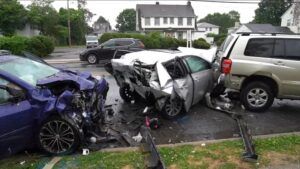 Accidents, such as motor vehicle crashes, are considerably more common among men than women. This finding is partly due to men’s greater sensation-seeking, risk-taking, underestimating risk, and propensity to be more reckless.

These differences extend to almost any task in life. This discovery partially explains why women internalize and contemplate and men externalize and act on (which requires a low-risk perception).

Among those with drug use problems, men tend to have more critical issues defined by the occurrence of using more than one substance and risky behaviors such as injection drug use. Men with drug use problems also seek care later than women. Men additionally drive under the influence of drugs and alcohol more regularly than women. Men are responsible for four out of every five cases of driving under a drug or alcohol influence.

The question that comes to mind is, why do men have a higher inclination to abuse illicit drugs and alcohol than women?

This precedent is in part due to sensation-seeking, which causes some men to search for experiences and feelings that are diverse, unique, complicated, and extreme. Peer pressure, gender roles, and higher acceptability for men of risky behaviors, additionally have a role. Although some of these desires may be due to testosterone levels, a substantial part is attributable to learned gender roles.

In addition to higher sensation-seeking, men tend to have more impulsive traits and higher punishment thresholds.

Previous research has indicated that masculinity plays a contributing role in depression and alcohol usage.

Men tend to be less socially connected. For reasons that are not entirely clear, individuals with fewer and weaker social connections (which seems to consist of men more often than women) have a tendency to have higher death rates.

According to another study, most suicides in the US are by white men. What’s more, according to the NY Times, suicides among this group are one reason why the mortality for middle-aged white American men is increasing.

One reason behind the excessive rate of suicide among men is the high stigma concerning psychiatric disorders and mental health care use. Therefore, when men go through stress, they are at higher risk of mental health problems such as depression than women, possibly because they do not talk about their emotions and seek care. Such a tendency to avoid mental health care is directly again related to masculinity, gender norms, and social expectations for men. Men have more dangerous jobs. To a significant degree, men outnumber women in some of the riskiest occupations, including firefighting, working at construction sites, and military combat.

Men tend to be larger than women. Across numerous species, larger animals have a tendency to die younger than smaller ones. Even though the significance of this effect is unclear in humans, it can work against male longevity.

How Can Men Live Longer?

Although there is not much that men can do about a few of these causes, others are adjustable. For example, since men tend to avoid medical care far more often than women, if men would report symptoms (such as depression), that would help. Additionally, staying on top of regular follow-ups for chronic medical problems (such as high blood pressure) could offset some of their tendency to die younger.

The best strategy by far is to have regular medical check-ups and screenings. It is the best way to get ahead of any medical situation because it results in early detection. We cannot work on a solution if we do not know the problem.

Personally, I have had three significant medical issues, and all of them were discovered during routine medical exams and screenings. This proactive action has resulted in rectifying two of them, and the third is in the process of decreasing.

These conditions could have progressed to critical stages without the check-ups and even resulted in other medical situations.

I urge all of us, especially men, to be proactive with our health instead of reactive. It is the ultimate strategy for longevity and can narrow the gap between men and women.

Questions, comments, and concerns are heartedly welcomed below.

Good health is our best asset!

4 thoughts on “Why Do Men Die Earlier Than Women?”